our special day out of Freetown - in pictures 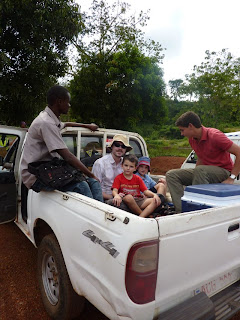 Josh was able to sit in the back of the truck while we were waiting. Poor Tommy, Joel and Paul had to travel in the back all the way (and Tom chose to sit in the back with them for much of the trip), but they did have a mattress to sit on. Plus Alfa hit a squirrel and put that in the back for his dinner, much to the boys amusement. Then we filled up the back a bit more with lots of vegetables. 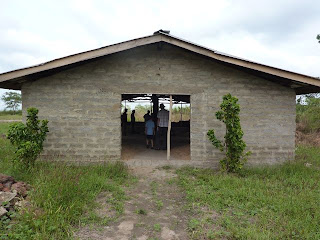 After our tour of London Mining we were taken to the village to see the church they are building and stopped at our hosts house to meet his family. 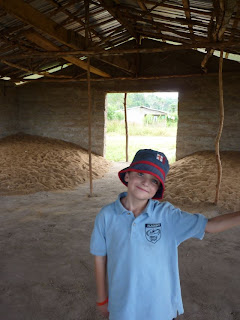 They have paid for the church building themselves, it is still a bit of a work in progress, but they have the roof on now which should help. 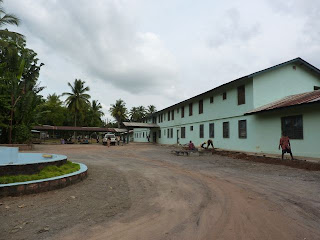 We stopped at the hospital for a drink - this was where one of Mike and Vi's children was born. 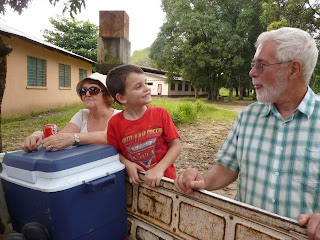 And then we stopped in the grounds of the eye hospital for a picnic of home made pizza thanks to Vi. Josh managed to fit some in along with his sandwich, crackers, biscuits and none less than 4 bananas... 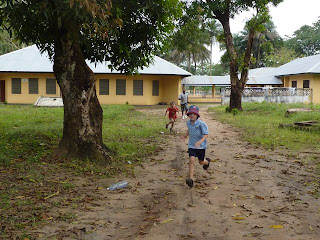 Tom and Josh made sure everyone got some exercise after lunch by challenging people to race them around the grounds. 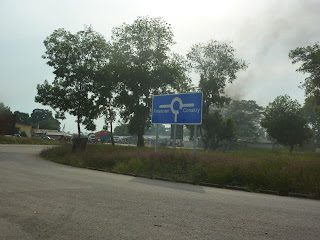 This sign reminded me of Cotonu in Benin - where there was a signpost to Nigeria. Here the sign reads Freetown one way and Conakry (Guinea) the other. Still seems strange somehow to think of driving from one country to another when we have only sailed or flown to each place and not crossed any borders.

We had a fantastic day out - it really was a great way of finishing our time here and we really enjoyed seeing life in Sierra Leone outside of Freetown. Thanks Mike and Vi!
Posted by thefarrells