The national staple food is injera with wets (sauces). During the break we went with some friends to a local home to learn how to make injera. The batter was already made as it has to ferment for 3 days, but we got to try pouring it on the injera cooker, which was a lot harder than it looked! 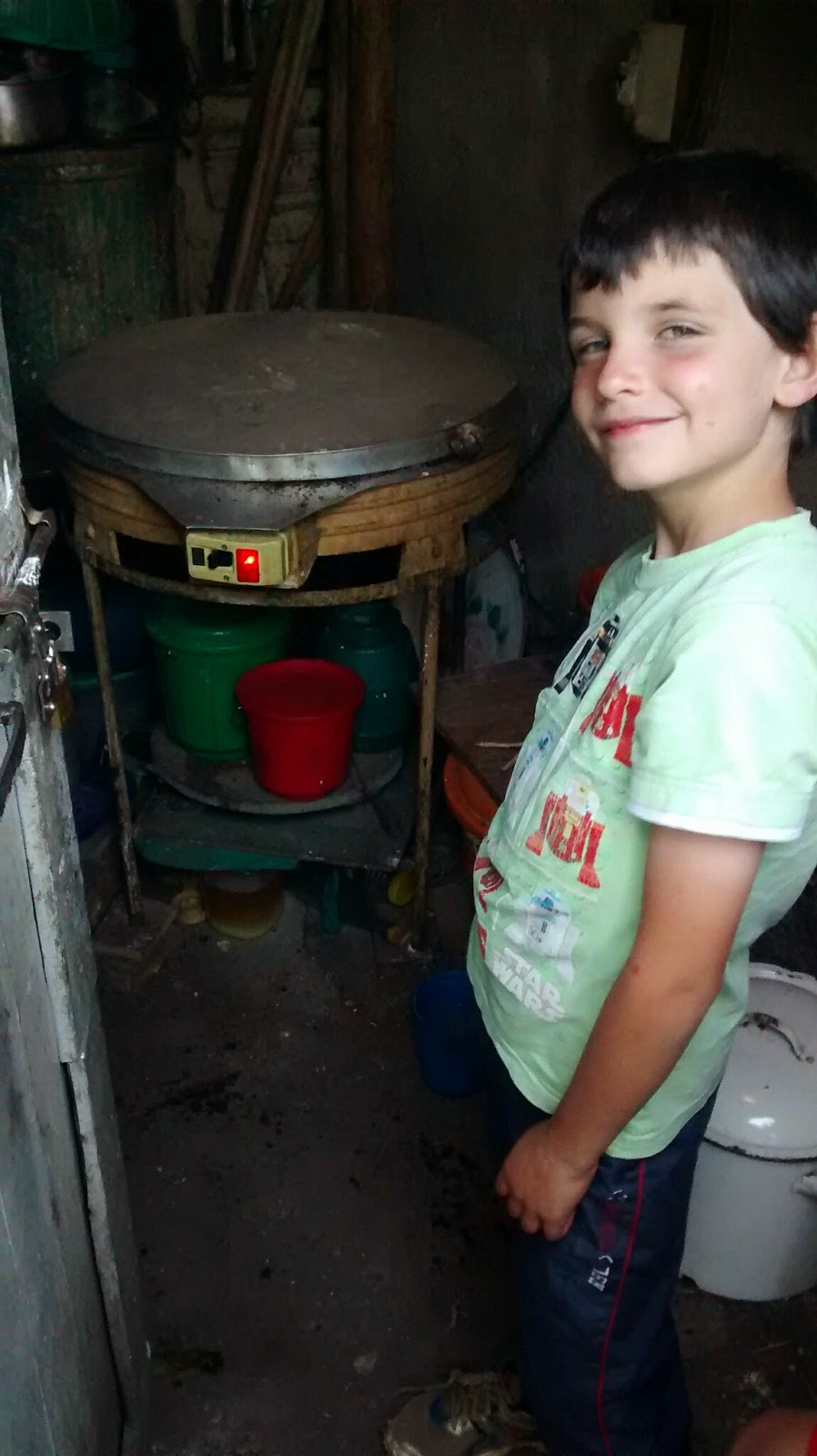 This is what the injera cooker looks like. Not every home would have one of these, many people would buy injera and just make the wets. 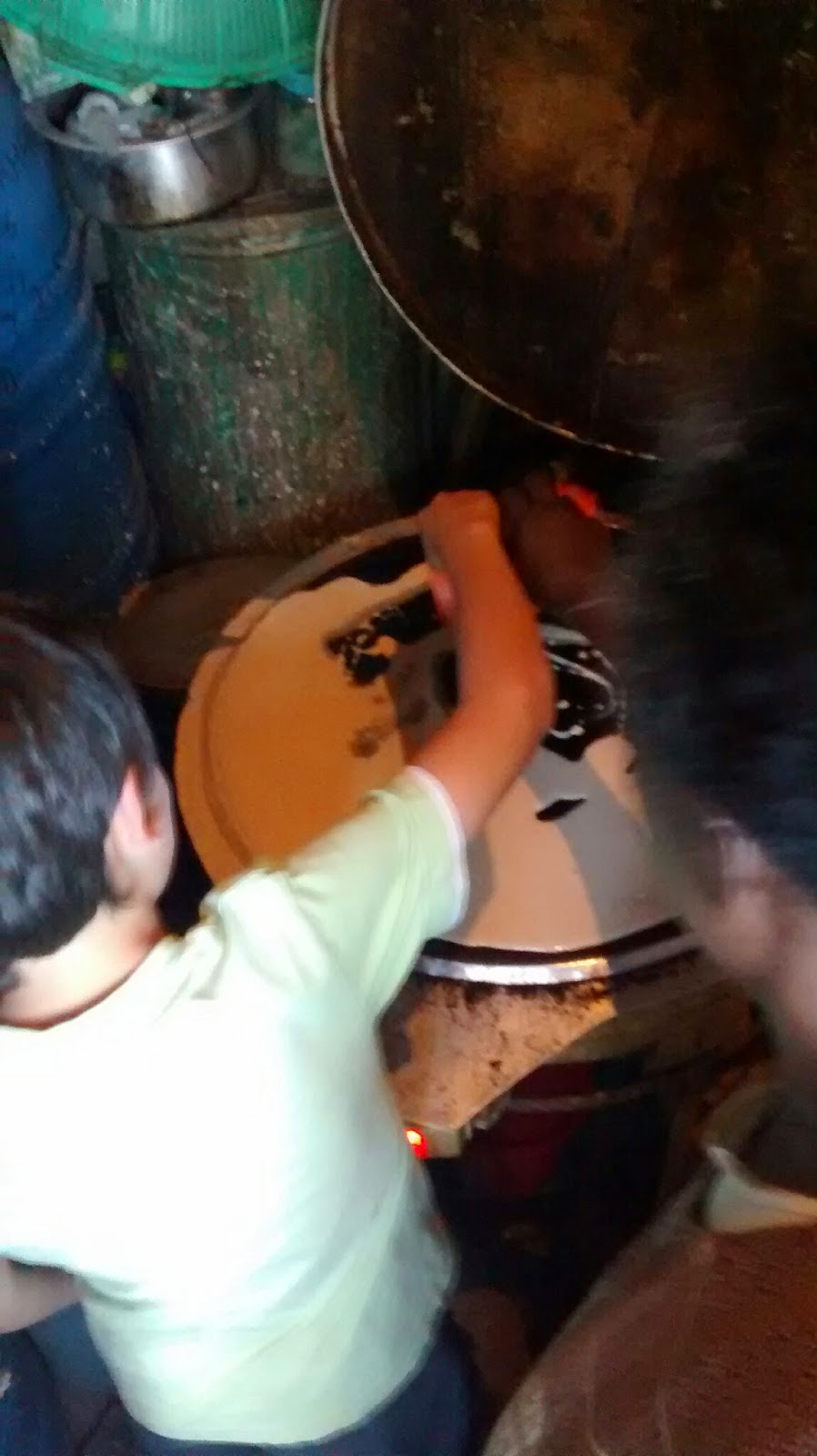 The idea was to pour the batter in a spiral, starting from the outside. Josh was struggling to reach a little and his batter went off the side, but our hosts kept telling him 'gobez, gobez' (clever, clever) 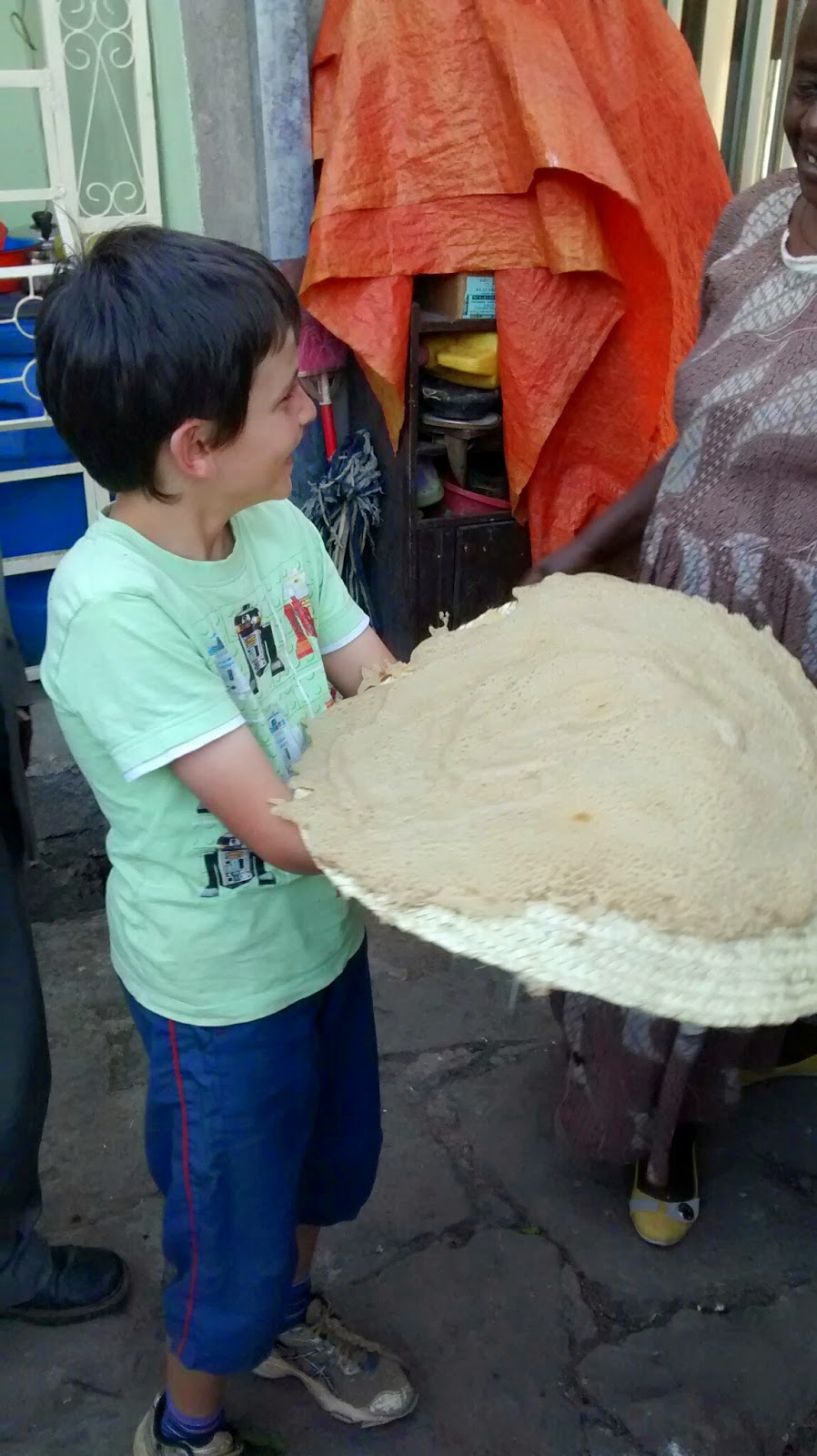 They made us all pose with the injera we had made! 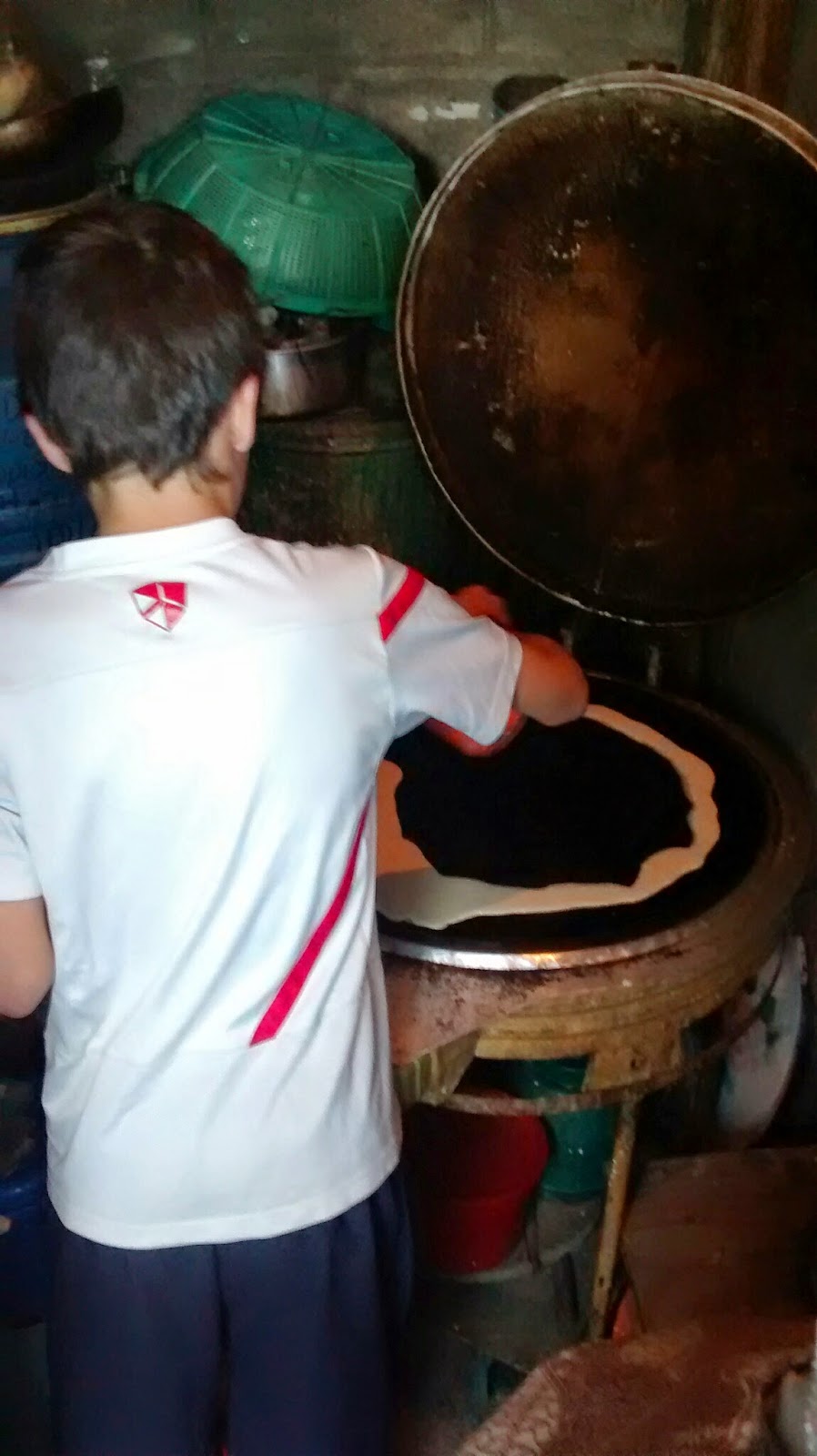 Tom did a little better at pouring it in the right place! 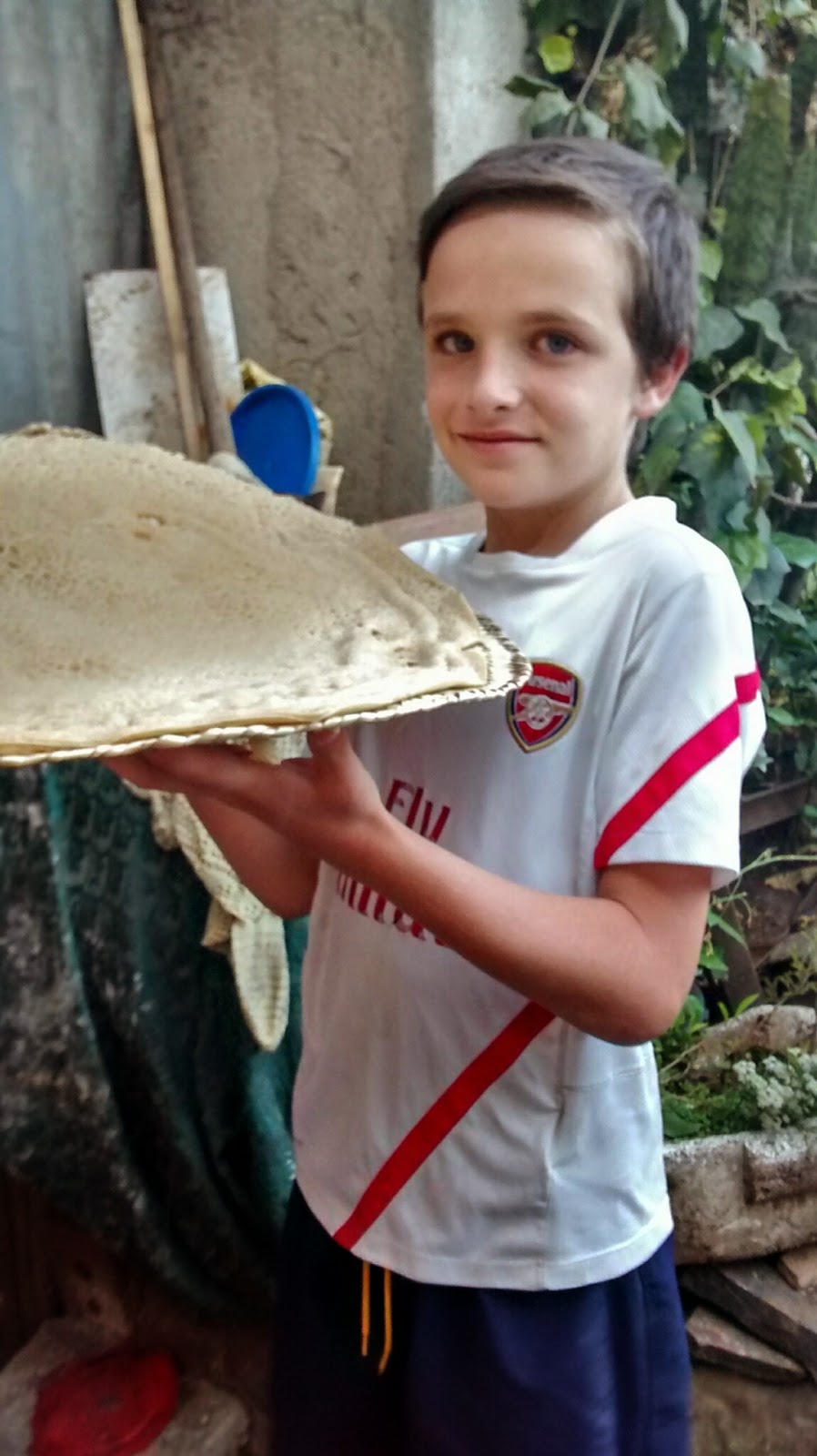 So all in all, it was fun to try, and later we got to eat it too!
Posted by thefarrells