Thursday nights after dinner the children now head down to the dock for running club. Some warm up games to start, then running up and down the dock followed by a snack! They run down, round a post and back to get a hole punched in their paper. Josh kept saying he wanted a hundred punches, a little ambitious as each one was equal to quarter of a mile, but he did manage five, which was far more than we thought he would manage, especially as he kept telling us he was tired and asking if we could carry him. Tom managed nine laps, over 2 miles! Sorry for the rubbish pics, but they give you an idea.. 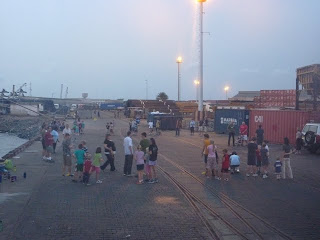 Getting ready for warm up 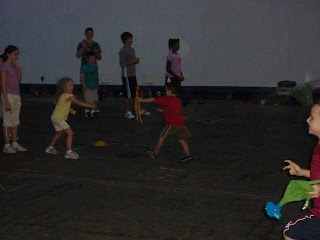 Passing the chicken relay warm up
Posted by thefarrells