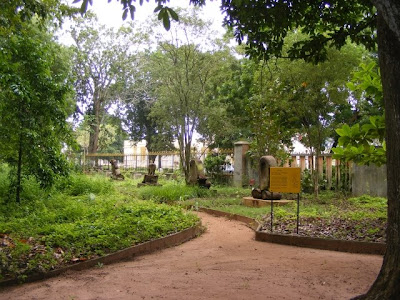 We visited the botanical gardens in Porto Novo and now I am trying to remember the little bits I heard from the guide before the little ones got tired of listening and we went on a monkey search!! In the past it was a site for voodoo ceremonies and where people would be taken to be killed (nice!), one of the signs described it as the 'Sacred Forest'. There were apparantly trees 300 years old, aromatic plants and some of the plants used for medicinal purposes. The children were interested to see the (cocoa) 'plant where chocolate comes from' although we did get asked can we eat the chocolate? - er, no you can't. 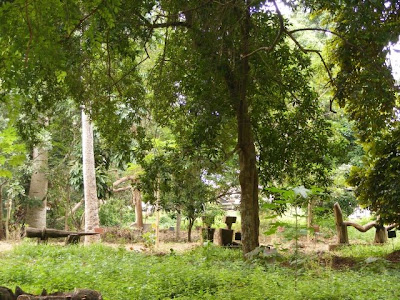 There were lots of carvings dotted throughout the garden - we asked about them - they told us that when a tree dies they carve something from it as a memory to the tree. 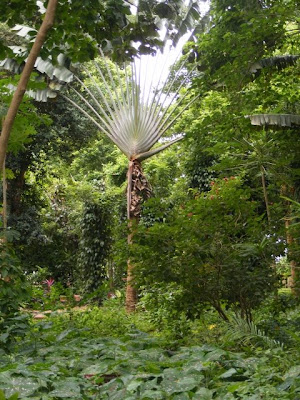 The gardens used to be much bigger but the only bit that remains and has been restored was the part that someone important (King? Governor?) kept as their own garden. 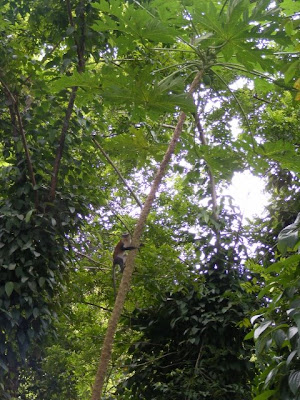 The most exciting thing was the monkeys so that needs a whole post of its own!! 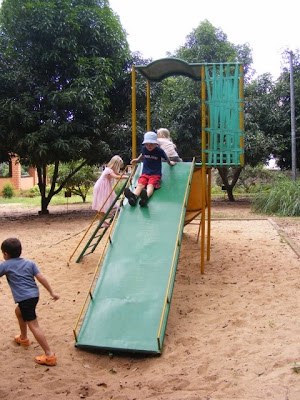 And the small, neglected playground was according to some of the children in our car 'the best bit' of the while day - it is the first playground like this we have been to in Benin so I guess you can understand that was quite exciting but did not compare to seeing the monkeys!!