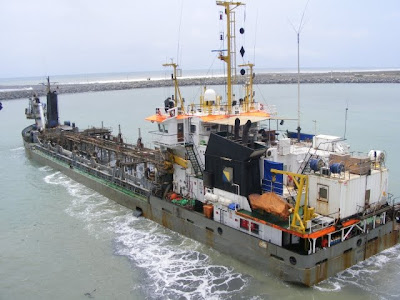 We have been watching the dredging for the last few weeks, as the dredger (pictured) has slowly gone backwards and forwards, in and out of the dock. This must be one to make all other jobs seem less boring, just going up and down like a big vacuum cleaner and then emptying out at sea and then doing the same thing over and over again.

This weekend the port required us to move so that the dredger could access our spot of the dock, so it was scheduled at 8am yesterday and actually happened around 10am today. Then they decided after a short survey that they probably didn't need to dredge that bit after all so we are moving back again. I can't say that it has affected us much, except to have a different view for a few hours, but has taken up most of the technical crews weekend off :-( 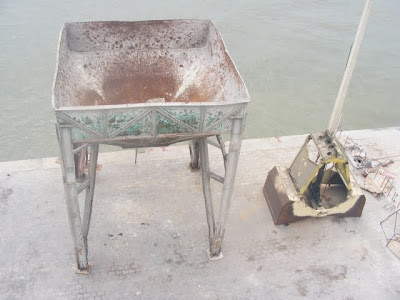 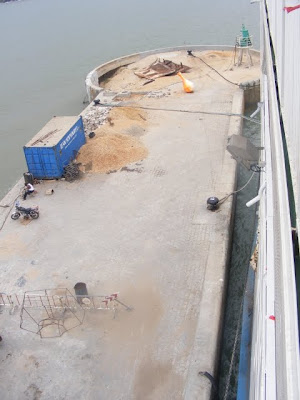 the end of the dock, usually where ships are docked behind us and unloading which is why our dock is so busy and at times dangerous with lots of lorries
Posted by thefarrells