Amavi and her baby sister, Kossinovi, are from a family of eight children. They share a distinctive characteristic – they were both born with a cleft lip. In the West African culture, such deformities are viewed with superstition and ridicule. 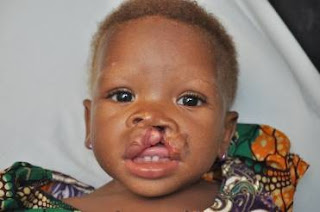 Little Kossinovi is only seven months old – too young to suffer from the harsh remarks of unfeeling friends. But Amavi is twelve and has felt the sting of sharp tongues all too often. An eighth- grade student, she has struggled to make friends. But her classmates find her disfigured upper lip a good reason to belittle her and call her names. Her mother says when she sends Amavi out to play, there is always a fight, and she comes home crying. Amavi has coped by becoming shy and retiring, keeping to herself to avoid hurtful remarks. 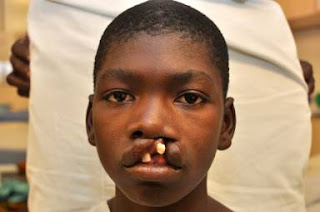 The children's mother has been very concerned about their future, but surgical repair has been out of reach because of the cost. So when a friend at the local hospital told her that the volunteer doctors with Mercy Ships would do the surgery without charge, she quickly made arrangements to get Amavi and Kossinovi to the Africa Mercy . Following a medical screening, both children were admitted to the hospital ward. They received successful surgeries and went home the next day. They will return to the ship for post-operative care until they are totally healed and released.

Amavi, who usually says very little, expressed her happiness about the successful procedure. She hopes to train to be a nurse after she graduates from secondary school. 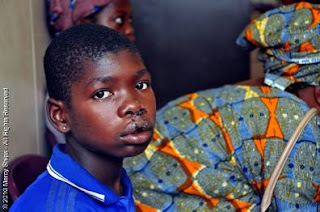 And the children's very relieved mother said, “ Thank you Mercy Ships for what you have done for my children.” 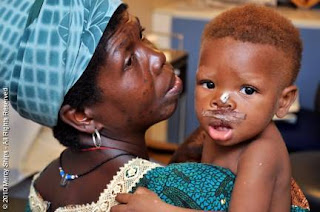