Today the Academy had an ocean themed dress up - anything in, on or around the ocean. Tommy was the ocean, Tom was a fisherman and Josh a pirate.
Here are the class pics: 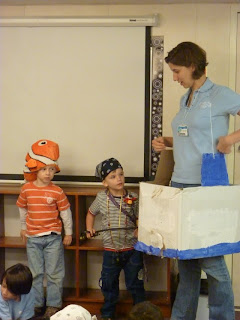 Pre-school - Nemo, our pirate and the Africa Mercy. Most of the pre-school were not there - maybe as the clocks had changed and it was too early 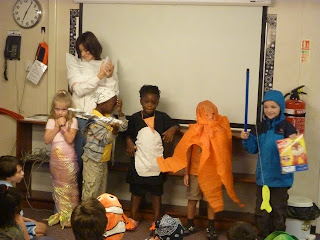 Kindergarten: a mermaid, iceberg, pirate, penguin, octopus and our fisherman. And evidence that it really was too early, the clock should have been 8am but it certainly felt like 7am! 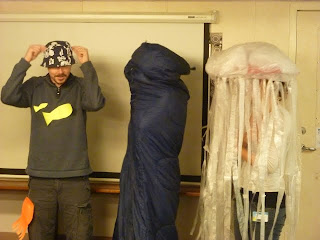 The ocean showing off his white caps, a sea cucumber and a jelly-fish
Posted by thefarrells

thank you that made me laugh!! mum x