We took a boat trip from a local hotel up the river to visit Ganvie - a village built over the water 18km up river. We passed many people fishing, some hiding behind things not wanting their photo taken, while others posed, showed you their fish and did headstands in their boats!! We went past the market - a collection of boats from which women were selling brightly coloured fruit and vegetables. And we were taken to a couple of small places selling mosty crafty things they obviously thought 'tourists' might like to buy and where children hassled you constantly for anything you would give them, and kept asking if they could have Joshua's hat.

It is not often you get to see houses built over water, it is not often you get to see goats and pigs wandering through peoples homes on the waters edge, it is not often that you go on a boat trip where the engine cuts out and you have to be towed for a bit by another boat. It is unfortunate that we (ok, I - Tommy is horrified that I did this!!) read Tom the Titanic story (at his request) this week and when the engine cut out he was convinced the boat was going to sink. Otherwise a fun, interesting trip was had by all. 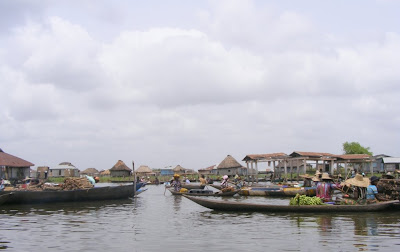 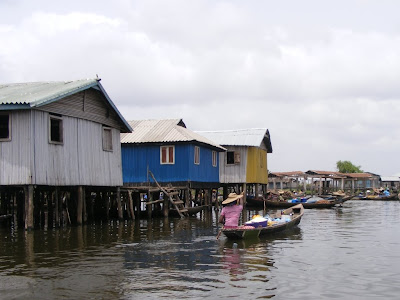 (Some of the better huts in Ganvie) 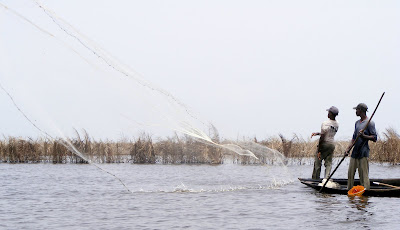 (Two fishermen on the lake we crossed to Ganvie) 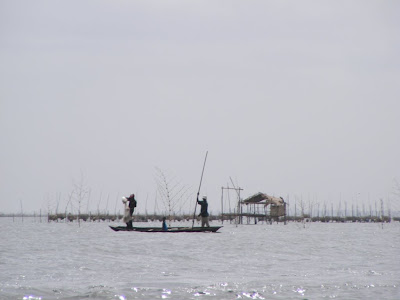 (Two fisherman on the lake) 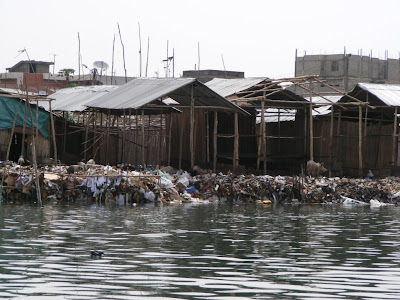 (Some huts built on the side of the river in Cotonou - full of rubbish with pigs and goats roaming freely in and around the dwellings. Probably the poorest part of the city we have seen)